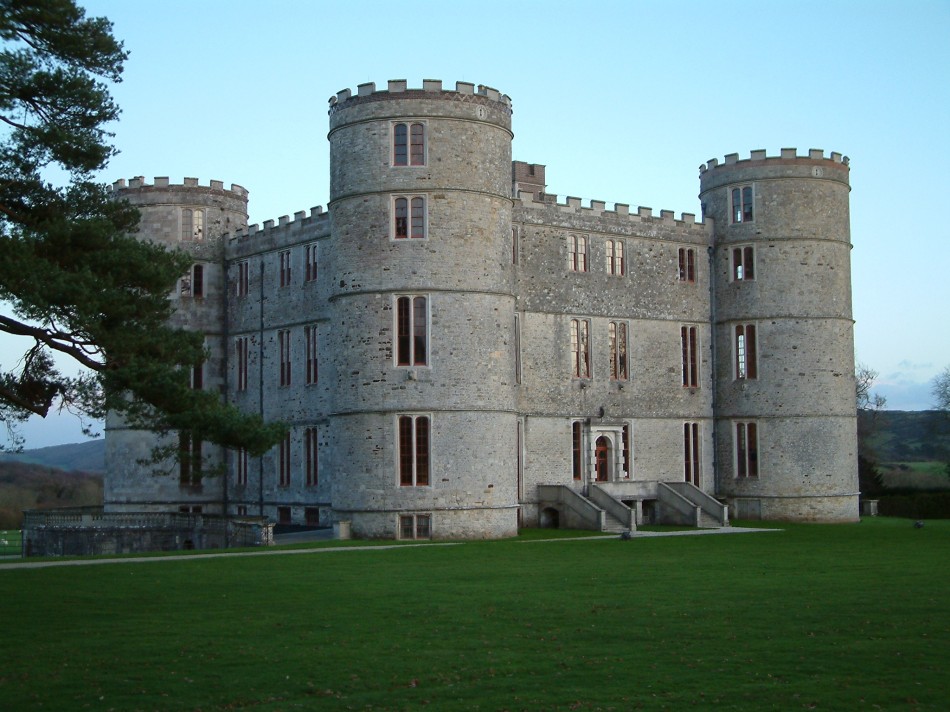 Starting out as a mock Castle and hunting lodge in the early 17th Century, the beautifully situated Lulworth Castle was fortunate to be purchased by Humphrey Weld in 1641. The Weld family were still in possession on the 29 August 1929 when the interior was destroyed in a massive fire which all but finished the Castle. Without a roof, and with the collapse of the floors it looked as though the the elements, and nature would turn what was left into a picturesque romantic ruin. In the 1970′s restoration began with English Heritage which did not finish until 1998.  Today the interior is sparse with pictures of it’s former glory, and burned out walls that lets the visitor truly appreciate the hard work of the builders hundreds of years ago. From the Castle roof there are spectacular views along the Army ranges and the countryside all around. 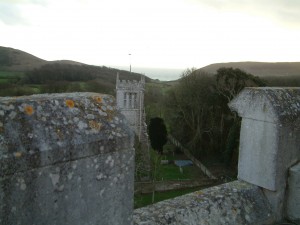 The Arishmel Gap looking toward the sea from Lulworth Castle. In 1942 a Focke Wulf 190 ‘nuisance’ raider (which plagued the whole Dorset coast with attacks on civilians in village streets as well as the nearby Lulworth Army camp and major towns) misjudged his flight under the radar through the gap and made perhaps the largest explosion the ranges have seen.

Another good base point for walks in Dorset. Not just with the wrecks of Chieftain Tanks on the nearby ranges, which can be viewed from a path only when there is not live firing! (Best to ring 01929 404819 before setting out for open dates). Within the danger area, where it is essential that you adhere to the warning signs, you can also visit the deserted ghost village of Tyneham. Evacuated to provide a training area for the Army in 1943 as it practised for the invasion of occupied Europe. Difficult to find now if you rely on a Sat Nav as the existing village isn’t there! I shall cover that in a separate blog entry. Dorset is Tank County and you are not far from Bovingdon Camp and Museum if you want more armour.

At Lulworth Castle there is great food available at the Weld Arms pub across the road and the estate to explore, with the delightful chapel and 15 th century Church within the grounds. You are not far from stunning scenery anywhere on the Purbecks. Worbarrow Bay, Lulworth Cove Man of War Bay with the world famous Durdle Door along just one short section of the World Heritage Jurassic Coast. 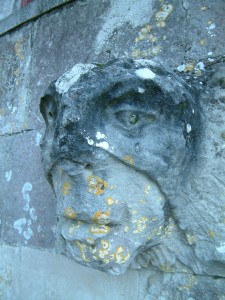 Indeed now the Castle is not just a good base for a day out, much more than a romantic ruin you can also get married there. An excellent setting also for Medieval Fairs and Jousting, as well as the famous Bestival Music festival. www.lulworth.com is the estate website to give you the latest information and events and show some of the local Dorset delights. Listing local B&B’s, Pubs and attractions.

One of the carved faces on the walls of Lulworth, perhaps a Green Man. Not to be confused with the Dorset Ooser, (pronounced oss as in boss) the mysterious arch-fiend of which I shall return to in a later blog!